Welcome to the Kaiju Wars

Kaiju is a genre of cinema that has captivated audiences and inspired artists for over half a century. Outside the fandom, the genre has for the most part been defined by the legacy of Godzilla. Thankfully other great works have also tried to stand out by paying homage to the genre (looking at you Pacific Rim).

Kaiju Wars is one such work as it’s one big tribute to the kaiju genre through a turn based strategy game. This is a game that was obviously made by hardcore kaiju fans for gamers who are also fans of kaiju films. I say this because you will see so many homages to many works, be it the iconic ones or the lesser known titles. Because if there is one thing this game is not short on it’s as many reference to any kaiju film.

Welcome to the year 20XX, a world where people live in mega cities, and kaiju attacks are the norm. Players take on the role of an elected official tasked with defending the city and researchers against kaiju attacks. However, not all is what it seems as there are other forces at work to ensure humanity’s destruction.

The gameplay is very similar to titles like Advance Wars and Fire Emblem. Combat is a standard turn-based using a gird layout. Players will move their forces on the grid once and attack the kaiju. At the same time, they will grow their armies by building more tanks or aircraft while gaining access to new hardware. However, time is not on the player’s side as they must complete the objectives before the kaiju has ravaged the world.

Kaiju Wars biggest appeal isn’t just the gameplay experience but how it sets itself up as an interactive homage to the genre itself. From the home menu to the many elements of the game, this is truly one tribute to the kaiju genre.

From the world-building to the many monsters and characters, this game hits all the right marks. It knows all the staples of the kaiju genre and it taps into it all. One could also appreciate the soundtrack that takes the staples from most kaiju films and gives it the chiptune treatment. This works in favor of the game’s design as it complements the minimalist look and the overall world of the experience.

Players are not just limited to experiencing the main story. Multiplayer and remote play allow you to enjoy the experience with a friend, thus allowing you to enjoy everything with another kaiju fan. The map editor allows you to create your own kaiju scenario.

Another aspect of Kaiju Wars is that it doesn’t want to let players understanding of the genre be limited to the Godzilla series. On the home menu screen, you could have access to a variety of kaiju films that are currently in the public domain. From Gamera to Pulgasari (that famous North Korean film) is available to watch via the Internet Archives. It’s a welcoming treat for kaiju fans and means to broaden the horizon of many unfamiliar with the many overlooked gems.

Like so many titles in the turn-based strategy genre, Kaiju Wars has a difficult learning curve and it could be challenging for novice fans. This is one of those games that if you stop playing it for a few weeks, you absolutely have to relearn everything. thus it might not feel welcoming to gamers unfamiliar with the genre or who can’t really invest that much time into the game.

Kaiju Wars is one big love letter to the kaiju genre as it knows what defined it and what makes it so iconic. At the same time, it attempts to broaden the player’s horizon by encouraging them to look beyond Godzilla and works like Evangelion. It succeeds at doing both of them in one experience.

Disclaimer: Evolve PR provided the game used for this review.

This review is the critique and thoughts of one writer. If you want to see how other critics felt then check it out on OpenCritic.

8Bit/Digi is an independent media outlet that provides an insight into the video game community and industry of the San Francisco Bay Area. 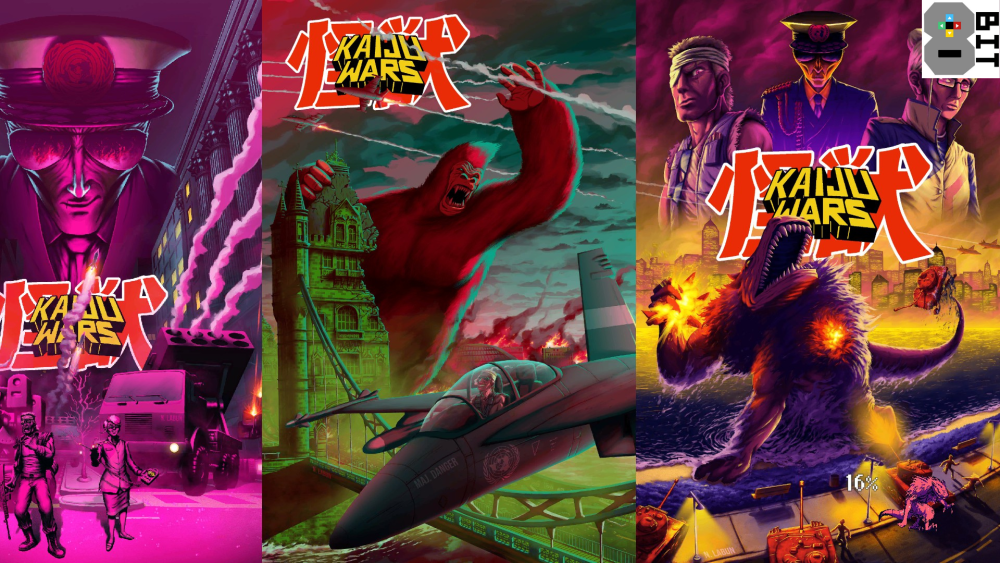 Stan Rezaee is the founder and Editor of 8Bit/Digi. He is a journalist and gamer from the Bay Area who has been writing about the medium for over five years.